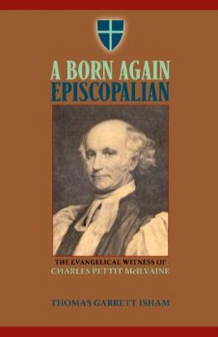 This superb biography of Charles Petit McIlvaine is exactly what is needed  at this time. Long overdue attention is at last given to one of the greatest and most gifted servants of Christ and country that this nation has produced. McIlvaine was a stalwart defender and advocate of Reformational orthodoxy in his day and an influence for righteousness and stability when the viability of the United States was in question. Restored to deserved prominence he can once again show the way to church and citizenry. The man himself is sympathetically and honestly portrayed with great pastoral benefit to those who read about him. The account of his faith and spiritual struggles is immensely encouraging. His efforts for the cause of Christ invigorate present day believers for the task at hand in contending for the truth of divine revelation.

The influences that came to bear upon this patently genuine man of God bring us the echoes of great Christian personalities who were either predecessors or contemporaries and it is stimulating to note the allusions to the Synod of Dort, George Whitefield, Charles Simeon (his ministerial model), Thomas Chalmers, and Charles Hodge. His views on the desired blend of Presbyterianism and Episcoplianism in church polity remind us of James Ussher and Richard Baxter.

From an Anglican perspective the life, faith, and work of McIlvaine exemplify the main features of the legacy of the English Reformers bequeathed in the Cranmerian liturgy and the Thirty-nine Articles of Religion, hence this precious volume could well serve as a handbook to current enthusiasts of the same tradition of Augustinian doctrine and devotion.

One leaps with anticipation at what this biography could achieve within the Church of God and its author has placed us greatly in his debt for such a labor of love and excellence.

It could mean that born again Episcopalians would become much more numerous!
- Roger Salter